In the Attics of My Life, Jerry Garcia Lives

I worked in politics my whole life, always hoping for the perfect politician. The world view I dreamed up included good people who ultimately acted in the best interest of the whole.  Bill Clinton could have been my hero. I loved his rallying cry in the 1992 campaign, “personal responsibility.”

But I had doubts. Could I work for a candidate who was pro capital punishment and unsure of his view on abortion? Those were two issues I thought every Democrat knew to be against and for.

The “personal responsibility” message won me over. In 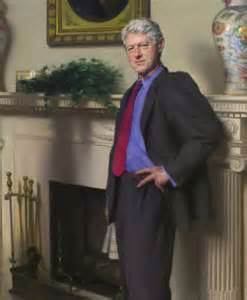 1991 I abruptly left Chicago for Arkansas to work as Clinton’s campaign scheduler, a grueling job that required 24/7 attention. One cold January night Clinton and his entourage, George Stephanopoulos and Bruce Lindsey, returned to Little Rock in a small private jet from all-important New Hampshire. I met the plane on the dark, deserted tarmac to give Clinton his next day’s schedule. He descended the jet’s stairs with a big smile, came directly at me, grabbed my coat and ran his hands up and down my long furry lapels. “Nice coat, Regan,” he whispered.

This encounter may be the reason I love Bill Clinton.

When he won, I relocated to Washington to work in his administration. I moved into the first floor condo of an 1880 townhouse on Church Street in DuPont Circle. In 1994 he passed a crime bill I thought went too far. Next he signed NAFTA, an agreement opposed by every Democrat I respected. Both policy shifts were spearheaded by White House insider, Rahm Emmanuel, who decidedly did not have the public good at the forefront of his self-serving mind. But Clinton loved him. Dissatisfaction settled in the space between my bones and muscled me awake at 3 o’clock in the morning for the next seven years.

In the still of an August morning in 1995 NPR told me Jerry Garcia died. I collapsed on the bathroom floor weeping over the death of something I couldn’t put words to. At 49-years-old my idealism had come to an end: my false world of everlasting good died with Jerry Garcia. Reality glared back at me in the mirror as I brushed my hair, seeing for the first time a wrinkled face and rubbery neck. I dressed in a soft yellow, flowery cotton frock and pinned a silk flower in my hair, ready for the grieving day.

My dog Voter squirmed away from my extra long hug and I went out the door to my old friend, Keith Lesnick waiting to drive us to work. As soon as I got in the car tears spilled out. He asked about the sadness, and I slobbered out a few words, “Jerry Garcia signed into rehab last night,” I said. “He died in his sleep.” Keith waited a few respectful minutes, and then, with one simple sentence, he opened a new, naked reality that included the unspoken caveat of don’t take yourself too seriously.

Regan Burke Order Regan Burke's new book, "In That Number" from your favorite bookstore or at https://reganburke.com. Regan's brief memoirs and personal essays appear in the Christian Science Monitor, Sun Magazine, Chicago History Museum "In This Together" Project, City Creatures, Safe 'n Sound, Easter Seals Blog. Chaleur, Rise Up Review, Bird Garden's Murder of Writers and Writing Out Loud. She lives on Potawatomi land in downtown Chicago. Her main activity is reducing the weight of the here and now.
Published May 2, 2016February 20, 2017

6 thoughts on “In the Attics of My Life, Jerry Garcia Lives”