On the Road to the OB

Thornton Wilder’s The Bridge of San Luis Rey appeared on the list of required reading in my high school. One book a month. Stephen Crane’s Red Badge of Courage. Zora Neale Hurston’s Their Eyes Were Watching God. John Steinbeck’s Of Mice and Men.

Mark Twain emerged as the only fun author. Other equally lofty and more disturbing classics were listed. Dostoevsky’s Crime and Punishment, the inevitable adolescent eye-opener, marks my first trip into the world of an anguishing conscience. I became personally familiar with that angst as I fully fledged. My favorite was and still is Dickens’ Great Expectations. But Thornton Wilder? His book had more presence and greater standing in my hollow, blossoming thoughts.

Thornton Wilder had lived in my neck of the woods near the Jersey Shore during or after his Princeton years. No one knew exactly. His old farmhouse stood on a v-shaped wooded lot on the road to the Ocean Bay Diner. The “OB” was a popular teenage hangout for those who had cars or, in my case, those with friends who had cars. 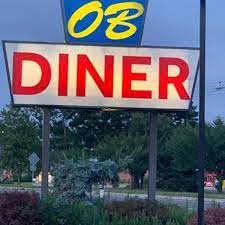 Every time we passed it, someone would say, “that’s where Thornton Wilder lived” as if it was his ancestral home. Until I read his 1975 obituary, I thought he grew up in that house at the intersection of Ocean and Beaver Dam Roads. Driving past it once, the smartest girl I knew piped up from the back seat, “He wrote The Bridge of San Luis Rey there.”

Don’t take that as gospel. I have no idea where he wrote it. And I have no idea what I thought when I read it the first time. Except this: I wanted to write like him. I admit the fact that passing by the house where he may have written it gave weight to my desire.

“Did you ever read The Bridge of San Luis Rey?” Veronica asked me last year. Her book group read it.

“Do you remember any of it?”

When I confessed I didn’t, she suggested I pick it up again. Months passed before the Kindle version loaded in. Settling into another one of my many pandemic iPad slouches, I finally clicked into it.

Immediately my old muse ignited anew. Here’s why I wanted to write like Thornton Wilder. The bridge in the title is a centuries old Inca rope crossing in mountainous Peru. Wilder hadn’t been to Peru when he wrote it. At age fifteen I could easily picture myself creating stories about places I’d never been, based on descriptions in the Encyclopedia Britannica or travel brochures.

Wilder concocted fables of the five people who died when the bridge collapsed. I could develop that skill. I told good stories.

Or at least good lies.

But oh, the writing. Was I capable of dreaming up sentences like “It is on this visit to the theater that further matter hangs.” ? I thought so then. And perhaps it would be so now, had I started earlier than age sixty-five!

Regan Burke Regan Burke's book, "In That Number" was a 2021 finalist for Chicago Writers Association non-fiction Book of the Year. Her brief memoirs and personal essays appear in the Christian Science Monitor, Sun Magazine, Chicago History Museum "In This Together" Project, City Creatures, Safe 'n Sound, Easter Seals Blog. Chaleur, Rise Up Review, Bird Garden's Murder of Writers and Writing Out Loud. She lives on Potawatomi land in downtown Chicago. Her main activity is reducing the weight of the here and now.
Published March 8, 2022April 11, 2022

4 thoughts on “On the Road to the OB”