Four and a half million autos are registered in Illinois and I swear every one of them poops in my third floor condo during the summer. Sooty tailpipes dump combusted fossil fuel waste into the air, earning them the top prize for the cause of Chicago’s air pollution. 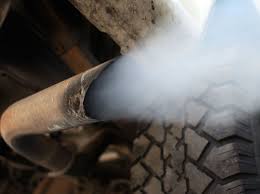 In season I sit at my open windows, as if I’m on a front porch, surveilling dog walkers, tree trimmers and strolling wayfarers, totally oblivious to airborne black soot drifting up from the street. Until I feel the grit under my bare feet. I dust and mop but I neglect the wide flat wall-to-wall windowsills, since I don’t walk on them or eat off them. By the fall, the accumulated soot requires major housework.

The U.S. Energy Information Administration reports there are more polluting vehicles in American cities now than ever before. Why? Because of Amazon deliveries and Uber riders. Ugh. I’m guilty. People who live near highly traveled roads are at greater risk of death from stroke, lung and heart disease. Still, a force compels me to throw open my windows for as long as Mother Nature allows.

The first week of fall I close the windows and move thirteen oval planters of crimson geraniums and various street-art bird sculptures off the windowsills to vacuum, spray

and wipe up smeary tiny black particles. I toggle back and forth between swearing at the polluting drivers below and feeling superior because I ride my bike.

This year, I frenzied to finish cleaning in time to lunch with friends. As I swung around to pick up the spray bottle, I knocked over a clear hourglass vase filled with my seashell collection. It smashed to pieces on the hard floor. The seashells scattered and I rushed to lock Henry-the-dog away before his compulsive eating disorder kicked in and he devoured the shards. I almost threw the whole mess in the trash. Who needs a bunch of old dead shells?

When I returned from lunch I gingerly sifted through the crash site of remembrances. Collecting and identifying seashells was an obsession when I was young, addicted to pot and living at the Jersey Shore. Later I collected shells on other shores—Pismo Beach, Harbour Island, Sanibel. The scallop, clam, oyster and limpet shells had survived turbulent roiling seas, much worse than the fall. I dusted and massaged the intact heirlooms and settled each on a cleared bookshelf. How old are they?

My most prized possessions in the smashed vase, the fragile sand dollars, were too brittle to withstand the impact. In the late 1980s my six year-old cousin and I harvested the 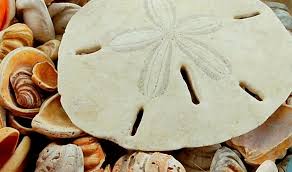 moribund sea urchins from intertidal shallows of the Atlantic. We had been snorkeling around his family’s cottage in the Bahamas and splish-splashed far along salty Eleuthera Bay to the narrows between two deserted islands. We tucked a few sand dollars in our bathing suits and floated home half-submerged, flapping lazily over sea turtles, starfish and schools of barracuda. The shattered remains of those sand dollars lay now in the burial mound of ever-increasing sacred memories.

Regan Burke Order Regan Burke's new book, "In That Number" from your favorite bookstore or at https://reganburke.com. Regan's brief memoirs and personal essays appear in the Christian Science Monitor, Sun Magazine, Chicago History Museum "In This Together" Project, City Creatures, Safe 'n Sound, Easter Seals Blog. Chaleur, Rise Up Review, Bird Garden's Murder of Writers and Writing Out Loud. She lives on Potawatomi land in downtown Chicago. Her main activity is reducing the weight of the here and now.
Published October 17, 2019October 31, 2019

7 thoughts on “The Fall”