I have no memory of my mother’s cooking before she left my father. After their Midwest life of drunken brawls, evictions and midnight moves, she relocated my sisters and me to the unfamiliar Jersey Shore as we approached adolescence.

The kitchen appeared to be an afterthought in our new four bedroom stucco: four corner doors led to the living room, the backyard, the driveway and the dining room. The backyard door swung open and shut on one side of the stove. The fridge sat on the other side, leaving no wiggle room between it and the stove, it and the living room door. It’s as if no one was expected to cook in there.

In an attempt to provide a semblance of order in her new-found single motherdom, Agnes sat her four daughters down to a gourmet dinner every night. Chopping and mixing occurred on the space between the stovetop burners or on the drain area of the sink opposite the stove. An unspoken rule kept food preparation away from the dining room table.

Agnes insisted my sisters and I learn to use the pressure cooker she’d acquired to whip up potato salad in the summer and mashed potatoes in the winter. After the lid blew off and the contents hit the ceiling, I never went near it again. Her recipe for pressure cooker spaghetti sauce required bunches of fresh basil, and Agnes could only find that at the summer farm stand. I don’t know how much the recipe called for, but she dropped so 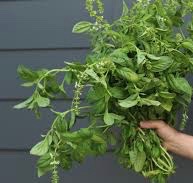 much of it into the tomato sauce it came out like basil stew, delicious over spaghetti but awkward to twirl around a fork.

She thought gourmet cooking meant stirring wine into every dish, usually at the last minute. That way the alcohol wouldn’t cook off. She added wine to chile con carne, shrimp newburg, chicken a la king, beef stroganoff and all au jus sauces. My sisters and I exchanged glances when dinner guests remarked on the richness of the sauce. We’d dare not say anything about Agnes’ cuisine, especially the wine additive, for fear of her embarrassing reprisals like, “what do you know about cooking?”

Agnes cherished continental dining. We sat down to dinner around 8:30 depending on how long she stretched the cocktail hour. My sisters and I fought every night about whose turn it was to clean up. We were so tired by the end of dinner we often left dirty dishes piled in the sink. No one ever took the garbage out. Two or three grocery bags full of empty beer cans continually took up precious kitchen floor space. A friend once referred to the sight of it as an “Irish buffet” which Agnes thought hilarious.

As her alcoholism progressed, Agnes’ dinner-table attempt at a normal life fell by the wayside. But for a few brief years, in that tiny trashy kitchen, Agnes was a culinary hero.

Regan Burke Order Regan Burke's new book, "In That Number" from your favorite bookstore or at https://reganburke.com. Regan's brief memoirs and personal essays appear in the Christian Science Monitor, Sun Magazine, Chicago History Museum "In This Together" Project, City Creatures, Safe 'n Sound, Easter Seals Blog. Chaleur, Rise Up Review, Bird Garden's Murder of Writers and Writing Out Loud. She lives on Potawatomi land in downtown Chicago. Her main activity is reducing the weight of the here and now.
Published August 2, 2019August 7, 2019