Order "In That Number" at ReganBurke.com

My cousin, Therese, called me in Chicago to say my mother, Agnes, was in the hospital in New Jersey.

“You’d better come,” she said, lovingly snatching the decision right out of my hands.

On the way down the Garden State Parkway from Newark Airport Therese gave me the lowdown. All my mother’s organs collapsed at the same time and she keeled over. Emergency workers attached her to a ventilator at the nursing home and took her to the hospital. She was brain dead.

Life support. Two words that say someone must make a decision about life and death. 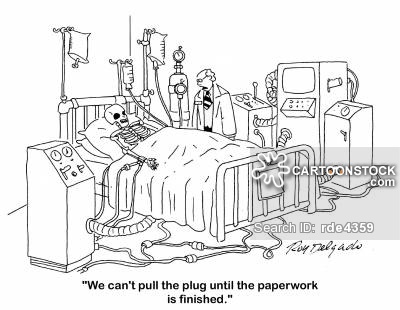 None of my three sisters called to inform me about Agnes. I don’t know if I spoke to them as I made arrangements to fly to New Jersey. They all lived on the east coast: Maere in New Jersey, Gael in Connecticut and Stacy in Vermont. Cousin Therese had called Stacy who remained in place, waiting to hear.

Agnes looked surprisingly peaceful, considering she’d lived her last five years in dementia and the previous fifty-five years in an alcoholic haze. I picked up her hand and noticed her freshly painted nails. Therese answered the question on my brow.

“I took her for a manicure three days ago,” she said.

My mother’s chest rose and fell as the ventilator pumped oxygen into her body. The nurse looked in and said, “You can talk to her. She can hear you.” She can? That made no sense. She hardly heard me with a live brain and certainly wouldn’t have wanted me to talk to her dead brain. Don’t be an ass, I could hear her say.

Therese left to care for her own family, and I waited alone for the doctor. He gave me the medical information—alcoholic brain syndrome—and said the hospital would require signatures from all four sisters to turn off the ventilator.

I called Stacy and Gael to make arrangements for them to fax their signatures. Maere, who lived nearby, said she’d come to the hospital. By the end of day she hadn’t shown and I couldn’t reach her.

I overnighted with Therese and spent the next two days at the hospital trying to contact Maere. Finally I told the doctor she was unreachable.

“We’ll have to proceed without her,” I said.

His measured response said Maere had been pleading with him every night on the phone to keep her mother alive and that she was sure my other sisters would want that as well. That threw the disposition of my mother in contention. So now the hospital required all the sisters to be present to sign, witnessed by a hospital employee.

They all came, each with different emotions.

Gael was angry that Agnes had disrupted her life. Stacy was happy to help but had to rush back to Vermont. Maere scowled at me. At the funeral, an old bartender friend confided that Maere sat at his bar those days before Agnes died, crying,“my sister’s trying to kill my mother.”

When the nurse turned off her artificial life, something tickled my spirit.

Agnes. She heard my whisper.

4 thoughts on “The Women in My Family”