The first change I faced for the Covid 19 shutdown was the suspension of classes and groups for older adults at the Center for Life and Learning (CLL) in my neighborhood church. The cancellation announcement infuriated me. For an entire day, I thought it was the only shutdown announcement, the only group activity suspended.

The media had been continually reporting that people over sixty were more vulnerable to coronovirus than the rest of the population. Shutting us down was our best protection. My wounded ego jumped to the conclusion that we, as a group, would be thought of as weak, defeated and sick, putting a frame around the ageism I struggle to define in myself

and in the public square. I stuck myself in a cloud of unknowing.

It was mid-March. I bundled up to walk a long way around to the church for the last event before the shutdown, the CLL yearly Art Show.

How to express my agitation?  Old people were being singled out. Excluded.

That’s when I ran into one of the pastors on his way down the street to the Red Line.

“Unknown. It’s all going to be livestream. We have to figure out Zoom for other gatherings.”

His worried expression hit me like a ton of bricks. He didn’t crack his normal smile, nor did he put a jokey spin on the situation.

At the Art Show I gathered with friends and reported the news .

I eavesdropped on other conversations. Eavesdropping has become one of the social distancing casualties I miss the most.

“Some kind of computer conferenceing.”

“I’m not doing that. I’m sick of technology.”

“Me too. I don’t want to learn anything new.”

We’re in the seventh week now.

I fell victim to the fear of the unknown and refused to learn Zoom for about six days. But I longed for the energy of the collective silence in my meditation group. Others did too and meditation became the first Zoom hosted by CLL.

About fifteen of us spend twenty minutes each Monday and Friday sitting in silence in our Hollywood Squares with our eyes closed. Afterwards we each say a few brief words. We know a smattering of particulars about each other.

What could I possibly miss that I can’t do on my own?

In The Cloud of Unknowing, a fourteenth century monk teaches when we know enough and we don’t need to know more, an opening through the clouds to the sun or the moon brings us to an endless, wordless, deeper knowing. Contemplatives call this love.

This is why I yearn to sit in silence with fellow meditators. We know each other through the clouds of our own wordless unknowing. I call this love. 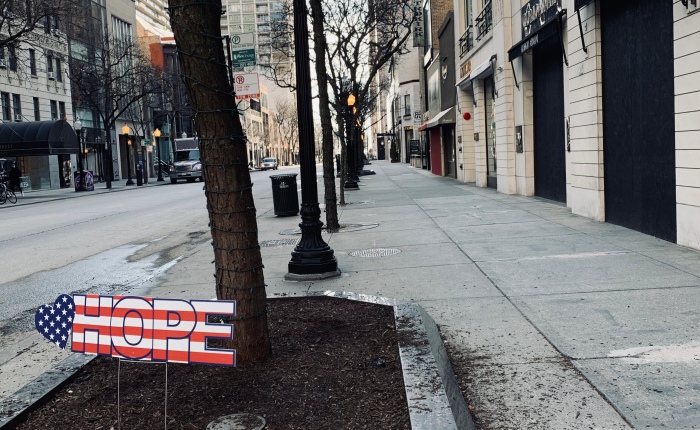 The coronavirus shutdown forces me to sit in silent contemplation, doing my best to control the one thing I think I can—my thoughts.

Down the street gardeners dig up winter to plant spring by the goldfish pond.                    Those goldfish swam around that manmade pond the entire winter.

Those words are my thoughts from five minutes of meditation. This is how I talk to myself. How embarrassing. My interior life is a tragic waste of imagination—that grammar, those articles, prepositions and pronouns. The mundane. Oh, to be a poet.

On Being’s Krista Tippett hosted Stephen Batchelor, a Tibetan Buddhist on Sunday morning. His new book, The Art of Solitude, made a fitting subject for the Shutdown era. He said indulging in myself leads to inward wisdom and outward compassion. The integration of the two make me fully human. I’m game to be fully human, to be wise and compassionate.

But for now, I must get control of my thoughts.

Before Coronavirus We Were Dying of Loneliness

On Being: Stephen Batchelor: Finding Ease  in Aloneness 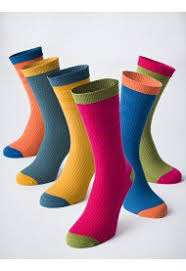 In Buddhist practice, one is urged to consider how to live well by reflecting on one’s death.

When I was a young mother I watched a woman at the laundromat put her family’s socks in a mesh bag that she threw in the washer. “So none of them get eaten by the machine,” she informed me. I couldn’t imagine such a thing. It seemed extravagant, even lazy. Why didn’t she just look in the machines?

For all of my adult working life I wore pantyhose. I washed them in the sink and threw them over the shower rod to dry. They were (and are!) the ugliest piece of unworn clothing in existence, made more so by scary movies where criminals pull pantyhose over their heads to disguise themselves when they rape, kill or mug their victims.

Now that I no longer dress for business all my socks are bright cotton, primary colors. Whenever I do the laundry I love hanging wet socks on the foldable clothes rack in my bedroom. If I were an artist I’d paint the explosion of color hanging to dry. I diligently scour the washing machine in my building’s laundry room as I cannot afford to let even one errant sock get trapped and forgotten. This has worked for many years, sparing me the anguish of making decisions about left behind socks.

Until Henry came to me.

A few months into our life together, seven year old Henry and I were out for a walk. I bent over to scoop up his morning duty and stared down into a roll of turquoise cotton. Putting two and two together, I rushed home to inspect the bottom rung of the clothes dryer. One missing turquoise sock.

Oh Henry. This sixteen pound West Highland Terrier, without the advantage of a full set of teeth, supplements his dog food with cardboard boxes, cotton garments and paper. He’s sneaky but sometimes he brazenly waits at the printer for paper to eject and tries to gobble it up before I pry it from his clamped jaws. The other day, I looked over from my morning awakening and noticed the bottom corner of the cotton drapes had been Henry’s midnight snack.

You may wonder if Henry gets sick. Yes, he sometimes lays around more than usual. So far a bulging stomach seems to be the only side effect.

I panic though. I spray vinegar to make the reachable distasteful. But the unpredictability of his foraging renders me useless to keep him from harm. I’m sure his suicide is imminent.

And so, reflecting on his death, I sing to my sentient canid– my version of the Buddhist practice of living well.

Well dogs are quirky don’t you know. They eat stuff that we’d forgo. Sneaky eating’s got me worried. Oh Henry don’t you go.

When I see your stomach ache, my heart starts to palpitate. Sneaky eating’s got me worried. Oh Henry don’t you go.

I hope he sinks his teeth into the message.

Do the dead always visit us in the morning? I wake up listening for the click-clacking tap-dancing, rat-a-tat across my hardened floors. Ozzy had well-padded soles, wide feet and solid toenails meant to root out rats and badgers from their earthen dens. No Scottie-level potted plants ever made it past the first day, neither inside nor on my third-floor balcony. His diggers instinctively, fanatically worked their way into the soil to get to something, anything that proved his worth, duty done. Satisfied with nothing more than a dirty nose and paws, he gave me a message: don’t worry, I’ll protect you from any danger, man or beast.

At the Takashi Murakami exhibit in Chicago’s Museum of Contemporary Art, I wondered aloud to my 20-year-old grandson, CJ Kelly, why the artist painted so many colorful frogs at the feet of the arhats. CJ mindfully revealed those are the arhats’ toenails, not frogs. Ah, toenails. Murakami’s arhats are Buddhist spirits who hesitate between two worlds, the physical and the not, to comfort suffering earthly beings. His bulbous toenails are a tribute to the noble path of those enlightened ones whose feet are moving them through their death and decay. The parade of toenails is Murakami’s day-glo gratitude for arhats who stop along the way to ease our sorrows.

Murakami called his Chicago exhibit, The Octopus Eats His Own Leg, based on an ancient Japanese adage that an octopus eats its own decrepit limb to save itself from death rot. A new leg grows back, the octopus is healed and lives a long and healthy life.

In the exhibit, the 33-foot-long painting, 100 Arhats, has 1,000 intricately painted toenails. I misinterpreted the toe protectors, thought they were frogs. After all, how could toenails mean so much to anyone but me? I harbor an unspoken repulsion of human toenails. Summer sandals expose these keratin plates sitting atop ugly toes that hardly ever match each other—some curled under, some straight, some turned outward, some inward—all on the same foot.  Toenails are often fungus-rotted discolored thick globs that women hide with colorful paint instead of covering with cool shoes. God clearly missed the boat in his design of the human toe apparatus.

But Ozzy’s coal-black, perfectly formed, hardy toenails witchy-curled out of his all-business paws, ever-ready for the hunt, the prowl. At rest, his legs stretched out before him showing off his toenails as if he’d just had a pedicure.

His body turned in on him overnight. Like the octopus, his system ate up his dying kidneys and liver but left a beleaguered heart that had to be put to rest. I now have my own arhat who will walk me through the sound of silent, unseen toenails until the hard margins at the edges of grief fade into the path.